Lonely Hearts is a Web Assault event. Players fight Heartstoppers using energy, stamina and honor. Players are rewarded for collecting sufficient amounts of Heart of the Matter, both personally and as a community. 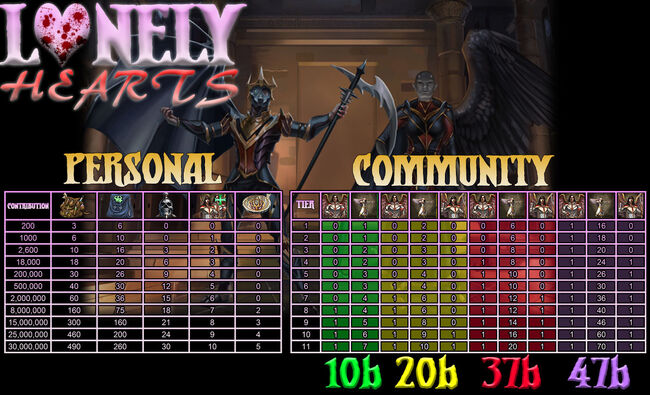 Retrieved from "https://dotd.fandom.com/wiki/Lonely_Hearts?oldid=141771"
Community content is available under CC-BY-SA unless otherwise noted.